If you’re never made Irish Roadkill [1] before, you need to get on it!

I’ve been making them for 15 years, but back then I called them by a more ladylike name — Crispy Smashers. I thought that’s what described them best.

But then a funny reader renamed mine for me, and now Irish Roadkill is the name that sticks!

Over the years, I’ve tweaked the original recipe [1] every which way — 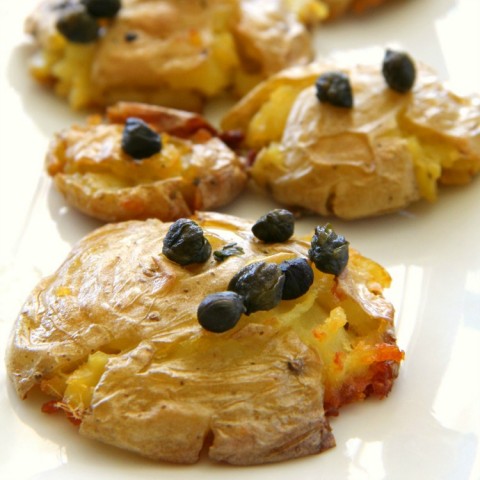 This is one of my favorite variations. I simply douse them in a good olive oil and sprinkle with salty capers and a bit of their brine before roasting to crispy perfection. The capers even get bit crispy in the oven. It’s a veritable festival of crisp.

Start off with one of my favorite potatoes (from Idaho, of course!). These Baby Dutch Yellow Potatoes from Melissa’s Produce [2] have a rich and buttery flavor (which doesn’t mean you can’t add more butter if you want to 🙂 ). They cook quickly and you leave the tender skins on. In the past, I have used them lots of ways — in potato salad, in a Bagna Cauda Italian dip [3], as a simple skillet side dish, roasted with chile [4], mashed with garlic and herbs [5]…use your imagination.

And what’s that funny-looking coiled gadget? It’s called a Smood, and I talk more about it right below the recipe.

Let’s get this Irish Roadkill with Capers in the oven, friends!

Unbelievably good, crispy, salty potatoes, better than a French fry or latke, with only 3 ingredients. The spuds AND the capers get crispy! Irish Roadkill with Capers will be your new potato dish forever. 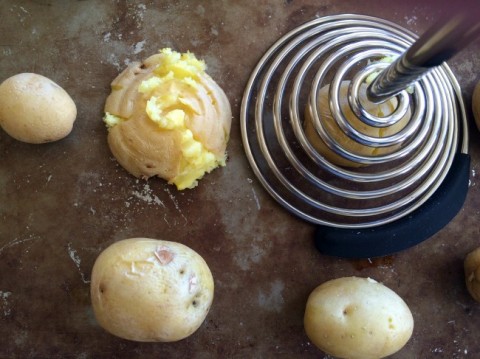 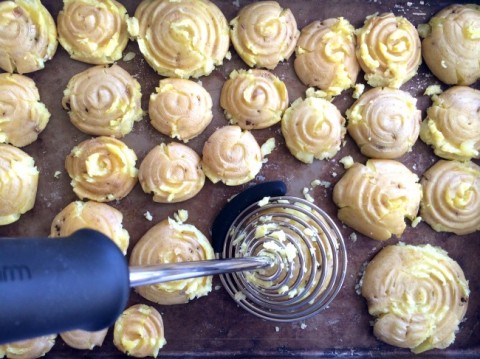 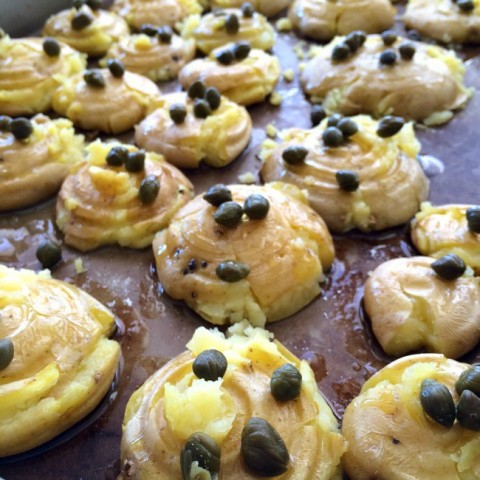 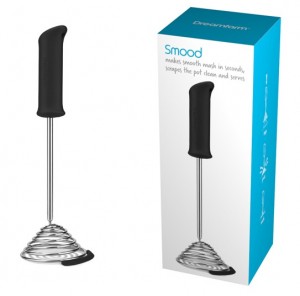 What’s that cool tool I am using to smash the spuds? It’s called a Smood [8], and is a new kind of potato masher. As you push it down, the spring flattens. For these, I pushed down only hard enough to smash the spuds a bit. If I wanted to make mashed potatoes, I would put the potatoes in a bowl or pot and push the Smood all the way down, which would force the spuds through the coils. A smash or two and you have smooth, fluffy mashers! You can use it for avocados (guac!), squash, bananas, or any cooked or soft food you’d like to mash. Made by Dreamfarm; dishwasher-safe, about $25. Very cool.

If you’d like to save this recipe for Irish Roadkill with Capers, pin it to your Pinterest board using the image below. 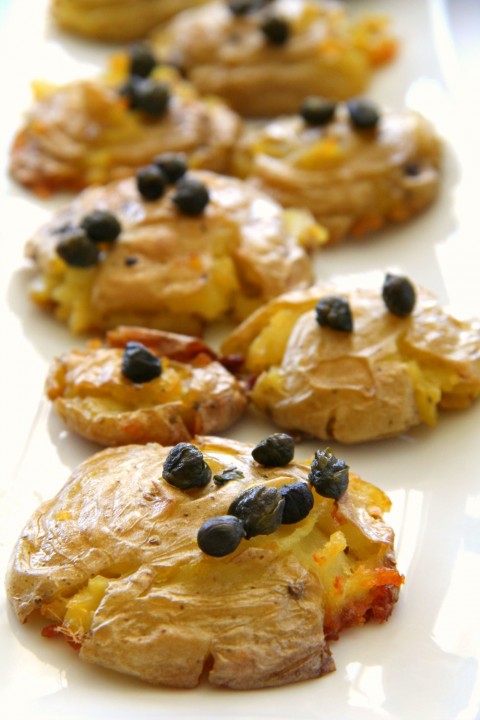 Disclosure: The potatoes were supplied by Melissa’s Produce, and the Smood was supplied by Dreamfarm, for review.