Summary: The colorful name, which comes from the city of Oaxaca, Mexico, is a literal translation from the Spanish. These Paleo Ribs are distinguished by the addition of fruit, such as pineapple and bananas. 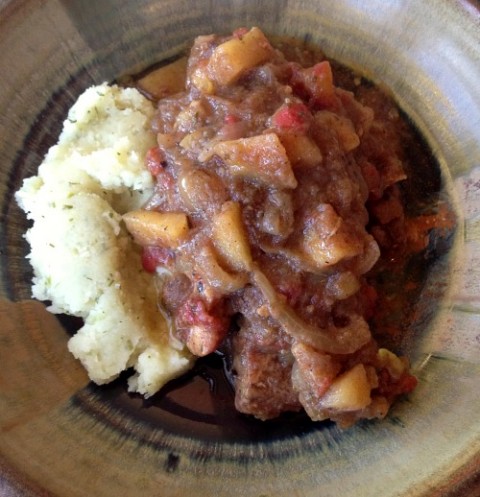 I might have negated the Paleo aspect of this by accompanying with mashed herbed potatoes. 🙂