Simply, a cross between a plum and an apricot. So are apriums, apriplums and plumcots, but Pluots are later-generation hybrids that have more plum parentage than apricot – something like 70-75% plum and 25-30% apricot.

Pluots are not genetically engineered but instead were developed by a California fruit breeder named Floyd Zaiger. The first Pluots were sold in 1989, and it took him several generations of careful cross breeding to get the modern Pluot. He started with a plumcot (50-50 plum and apricot hybrid), and worked his pollen magic. 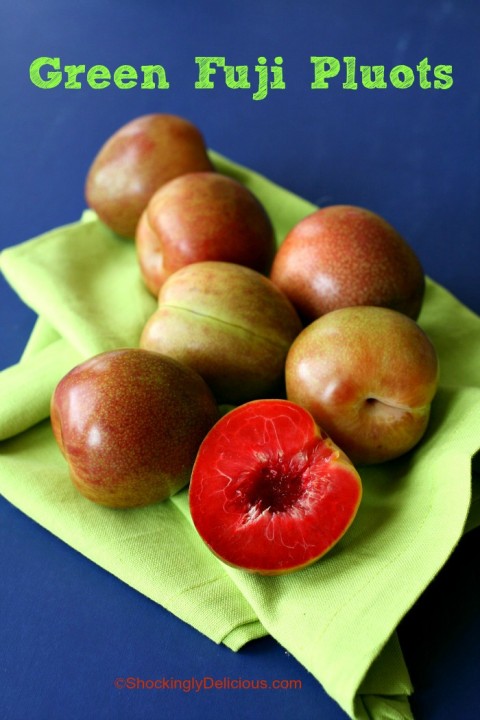 [1]These Green Fuji Pluots, a new variety grown by Phillips Farms  in Visalia [2], in California’s San JoaquinValley, have a green speckled skin with a rosy mottle, somewhat like a Fuji apple (hence the name).

Cut into it, and the bright magenta interior beckons — juicy, sweet and firmly textured. The skin is crisp and slightly tart, making this fruit sweet-tart sensation perfect for slicing into salads, using in pies or tarts, or even grilling. 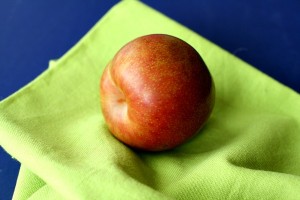 [3]They’re in season right this minute, through mid-July, so get them if you see them! They’ll be in the neighborhood of $2.99 per pound, and in So Cal, you might find them at Bristol Farms, Gelson’s and Mother’s Market, among others.