1. Printable placecards: Brandie over at the clever blog Home Cooking Memories has done it again, this time with a print-it-yourself table cards [1] that can be used as name placecards, or as identifiers on the buffet table. Perfect for use at any party or get together — Thanksgiving, office party, making sure that cute guy in accounting gets to sit next to that cute girl from legal. And hey, what about a handy way to label things at a buffet so that people know whether something contains wheat, dairy, meat, etc.? Brilliant and inventive! 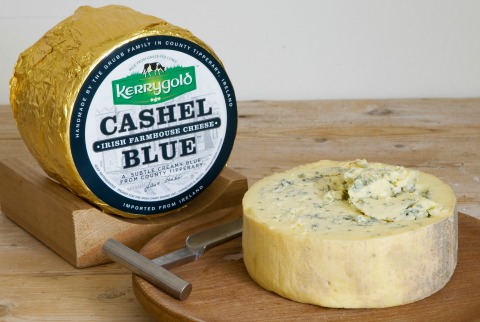 [2]2. Cashel Blue Cheese: We love our cheese in the ShockD household, especially on a cheese plate for holiday meals, and my newly discovered favorite is Cashel Blue Cheese from Kerrygold [3]. It is Ireland’s original artisanal blue cheese — an authentic farmhouse cheese created by a husband and wife team who make it by hand on their family farm near Cashel in County Tipperary, Ireland. It won gold at the World Cheese Awards in 2006 and 2010. Like all Kerrygold dairy products, only milk from cows that graze on Ireland’s pastures is used, and no growth hormones are allowed. The majority of the milk used to make Cashel Blue comes from the pedigreed Friesian dairy herd on the farm. Enough about it’s pedigree though! What does it taste like? It is semi-soft with a creamy, fudgy texture and has smoky, salty flavors with a mushroomy finish and a slight blue tang. The Kerrygold folks had me taste it with Guinness Black Lager, and my mind was blown. The caramel/coffee/bitter beer and blue cheese? Sensational! 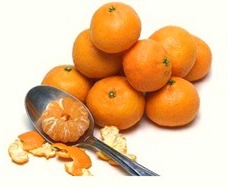 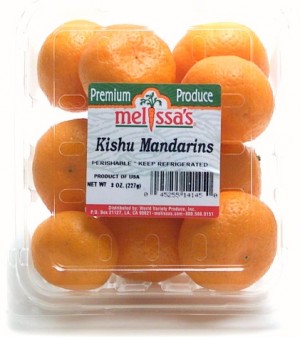 3. Kishu Mandarins: I’m putting a bowl of Kishu Mandarins [6] (aka Kishu Tangerines) on the Thanksgiving table for decoration, and I guarantee they’ll be gone before dinner. Super sweet from high natural sugar, low acid and the size of a big walnut or a key lime, these are little nuggets of pure flavor. They are great in lunchboxes or anytime you need a healthy snack that satisfies your sweet tooth. The season is right now, Nov.-Feb., they’re grown in California and sold both in the bulk bin and in a clamshell package for about $4.99 per pound. Yep, I know that is more than the average box o’ tangerines, but in this case, you very much get what you pay for. Try them and you’ll be a convert. In Southern California, look for them in Bristol Farms right now, and as the season progresses, other fine markets.

4. Great Greek olive oil: With all the cooking you’re going to be doing in the next few weeks, it pays to have a super high quality extra-virgin olive oil in the pantry. One of my new favorites is golden green Arianna Trading Company Organic Raw Unfiltered Extra-Virgin Olive Oil [8]. With low acidity (less than ).4%) and high antioxidants, this is liquid gold. It is traditionally cultivated, harvested, crushed and bottled by a family in the award-winning region of Sitia, Crete. It has the coveted P.D.O. status, which means it must have the qualities and characteristics specific to its region of production, and be produced exclusively within that region. We’re lucky it is being imported to this country. Ask for it in finer stores; about $15-$20.

5. Kefir instead of heavy cream or evaporated milk: The folks at Redwood Hill Farm, a goat farm/dairy in California, introduced 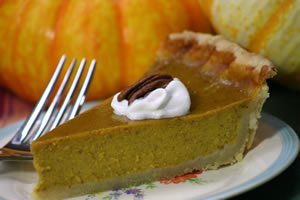 [9]me to a lighter version of a classic southern pumpkin pie, using their Cultured Goat Milk Kefir intead of the usual cream or evaporated milk in the recipe. Called Jennfer’s Brandied Pumpkin Pie [10], after farm owner Jennifer Lynn Bice, this is every bit as comforting, creamy and well spiced as a traditional pie, with less fat. I’m making it for Thanksgiving! You could dollop the top with the usual whipped cream, or try the farm’s creme fraiche-style Green Valley Organics Sour Cream whipped with a touch of maple syrup. Yum! 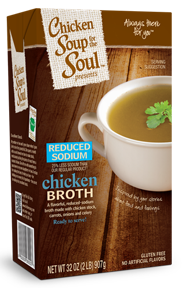 [11]6. New chicken broth: There’s a new broth in town, and it’s good! Tasting deeply of celery and other vegetables, the Chicken Soup for the Soul Reduced-Sodium Chicken Broth [12] would work well to moisten your stuffing or mashed potatoes on the big day, to thin your gravy or to make a quick soup on the weekend. I appreciate lower-sodium broths because it allows me to more tightly control the salt in my food. Always a good thing.

[13]7. New tea: The holiday season is scarely here, and I’m ready for a cup of something warm and relaxing. Pure Health Nature’s Green & Lean Tea [14] delivers, with a complex blend of warming spices (anise, ginger and cinnamon), with green tea (antioxidants) and green coffee beans. It is touted to “support healthy weight and natural energy,” and they advise drinking it a half hour before a meal. I enjoyed it hot with my breakfast, and iced with lunch. I don’t know about the dietary claims (nor does the FDA, for that matter), but it’s a tasty tea, and there’s a bit of stevia leaf in it to sweeten it without sugar. 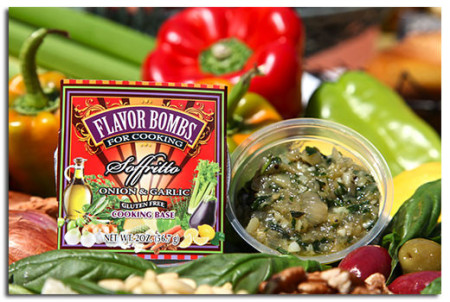 [15]8. Flavor Bombs: These Flavor Bombs [16] are the cat’s meow! Fresh frozen, gluten-free, recipe-ready cooking bases that are used to flavor dishes either at the start of cooking or as a finishing flourish. They come in five flavors — Basil, Sage, Rosemary, Mirepoix and Soffrito, and they’re wildly useful. I made a big load of mashed potatoes the other night and used a Basil (basil, Pecorino Romano cheese, pine nuts, garlic, olive oil) and a Soffritto (onion, garlic, parsley, olive oil). Yowza! You could use them to flavor soup or stew, your stuffing (how about using the Sage?), meatballs, a breakfast omelet, as a bruschetta topping, or anything you dream up. I’m going to smear some on my turkey sandwich on Friday, because that’s the way I roll. 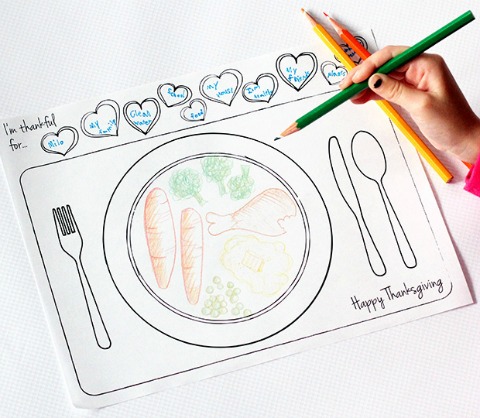 [17]9. Thanksgiving printable placemat: Jamey from Dabbles & Babbles has created this clever Thanksgiving placemat [18] that you download and print yourself. They’re meant for kids’ place settings, but I think it would liven up the adult table brilliantly! Go to her site and print them out!

And I leave you with this delight. If you happen to be having Turducken, you need this, too.  😉 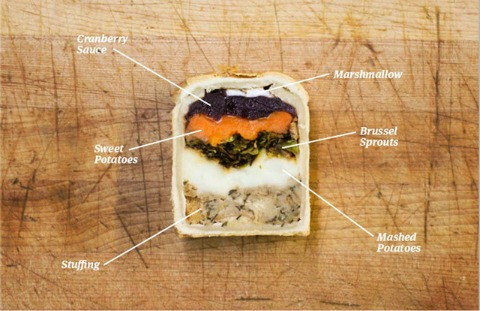 [19]10. Thanksgiving Sides en Croute: Do you know what Turducken is? A chicken stuffed inside a duck stuffed inside a turkey, roasted to pure poultry perfection and then sliced to reveal the layers. If you are having that, for gosh sakes, you need Thanksgiving Sides en Croute [20], an efficient side dish delivery system on your plate, too! It is a 5-pound loaf of all your classic Thanksgiving sides, rolled into one! Stuffing, mashed potatoes, brussels sprouts, sweet potatoes, cranberry sauce, and marshmallow, all layered in a handmade pastry crust. Ooops, 4505 Meat in San Francisco, is now sold out. You’ll have to devise your own!

Disclosure: Kerrygold, Melissa’s Produce, Arianna Trading Co., Redwood Hill Farm, Chicken Soup for the Soul, Pure Health and Flavor Bombs sent products for possible review. There was no expectation of a positive review, and all prose and opinions are my own.